Here are some pics that I took at Ozzfest 2015…and it was great! It was actually a two-day event, but I went on the second day.

Walking towards the venue. There was a ZUMBA convention going on at the same time. 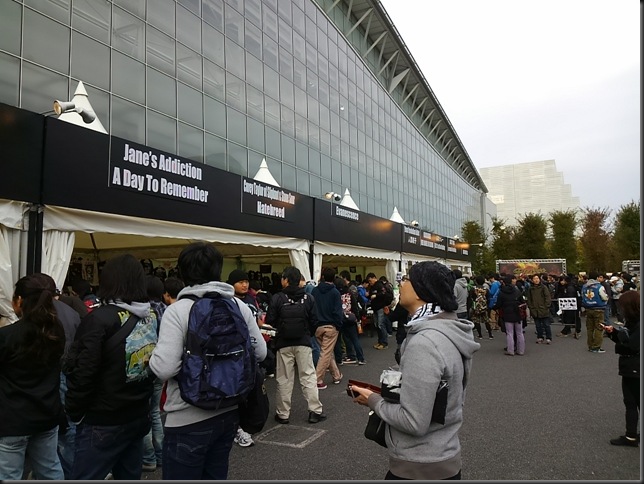 The vendors were selling merchandise, before opening time, which was 10am. I tried to get a t-shirt for my son, but no children’s sizes available. 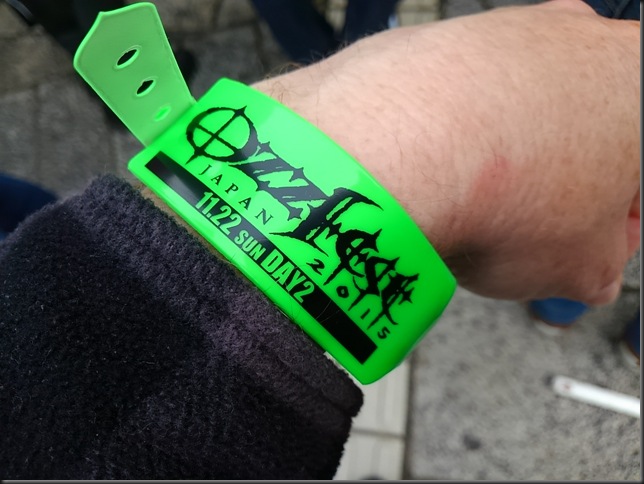 Got my armband…ready to go!! 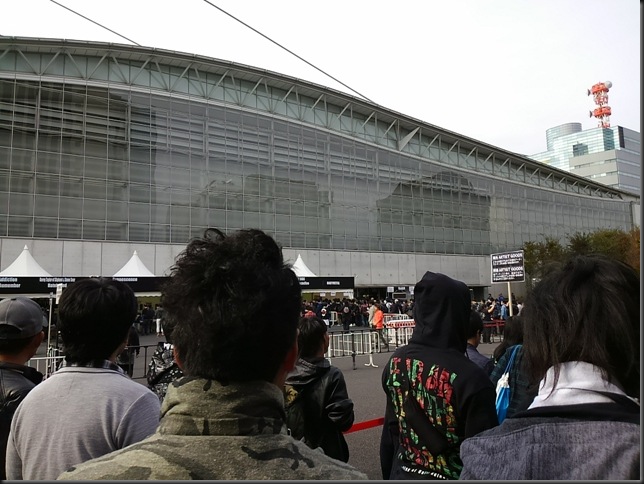 At 10, we slowly march towards the arena. 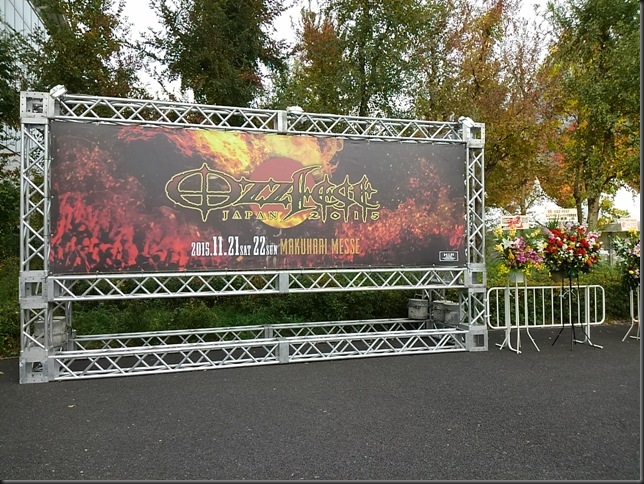 The marquee at the entrance to the arena. The flowers on the right are common in Japan, when a new business opens, or a special event takes place.

Food venders were already set up, and ready to go.

The festival used two stages…one on the right, and the other on the left. The bands would take turns playing back and forth, between the two.

More merchandise vendors in the back of the arena

The first band plays. You could see the performance on the two large screens. 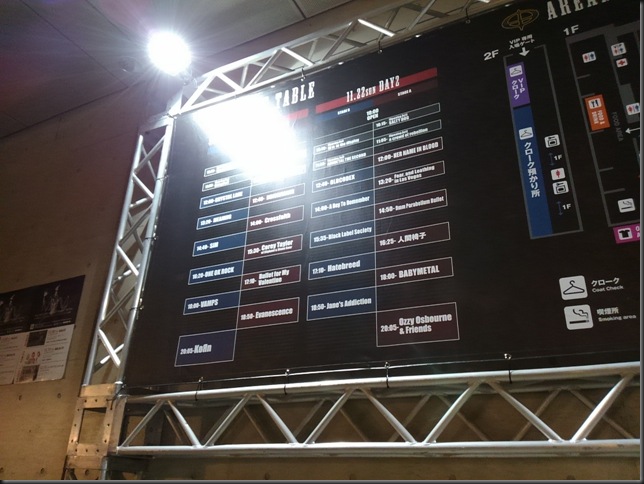 The band timetable for both days. Ozzy closes out the festival

An early lunch…because I had nothing else to do. Not bad for eight bucks (800 yen) 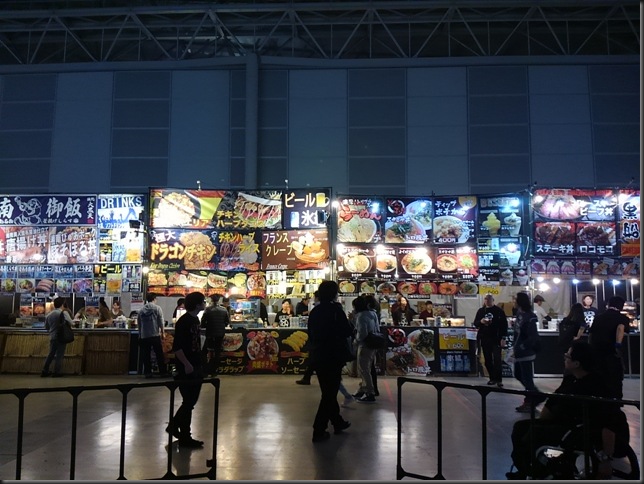 Another shot of the food vendors. They were lit up, almost as bright as the stage. 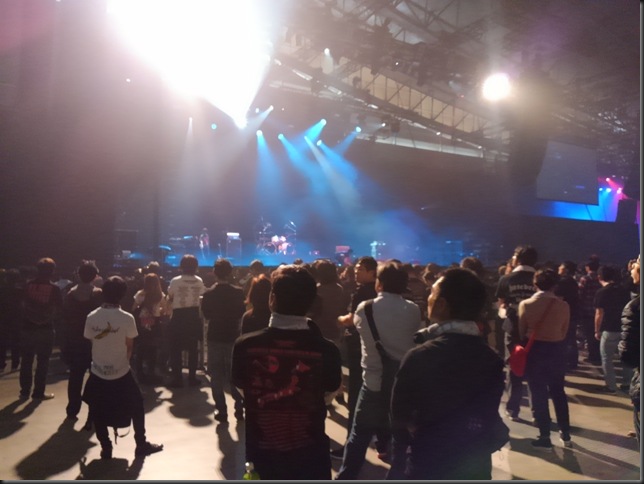 Setting up for another band… 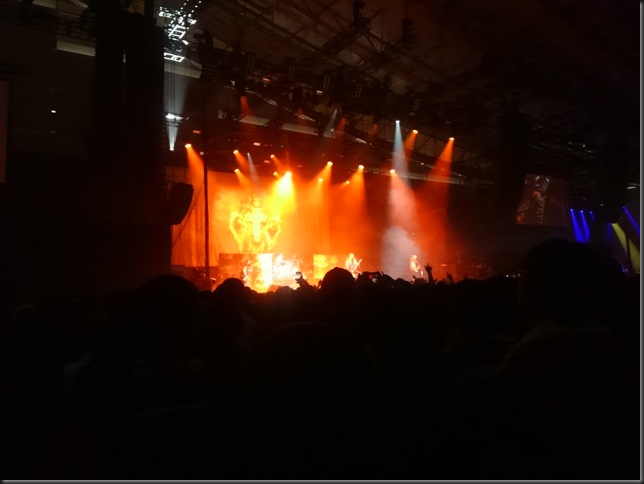 This is Black Label Society…and they were amazing. The lead guitarist/singer is Zakk Wyyld, former guitarist for Ozzy. They look like a cross of ZZ Top, Lynard Skynard and The Allman Brothers…but their sound is pure metal!!

Another of Black Label Society 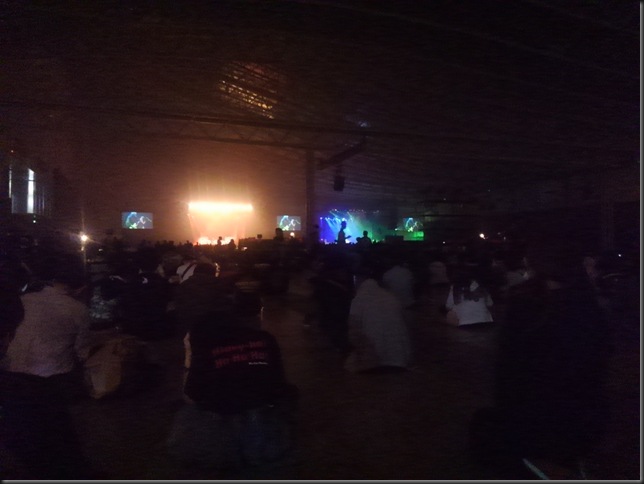 When we weren’t watching the bands, we would hang out in the back of the arena. Some people would actually try to sleep!! 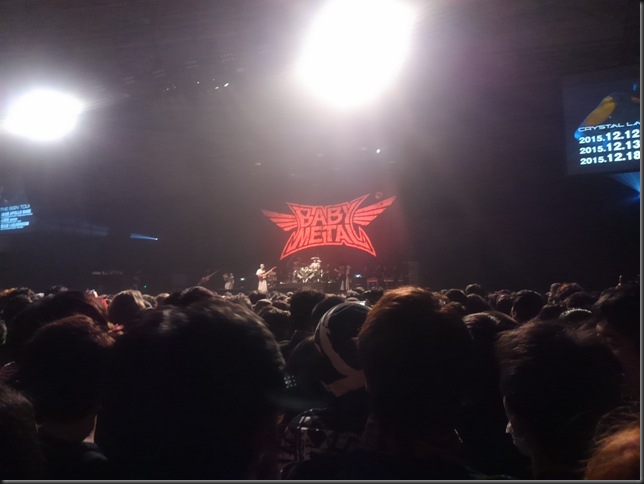 BabyMetal’s stage being set up, as another band plays on the left stage. 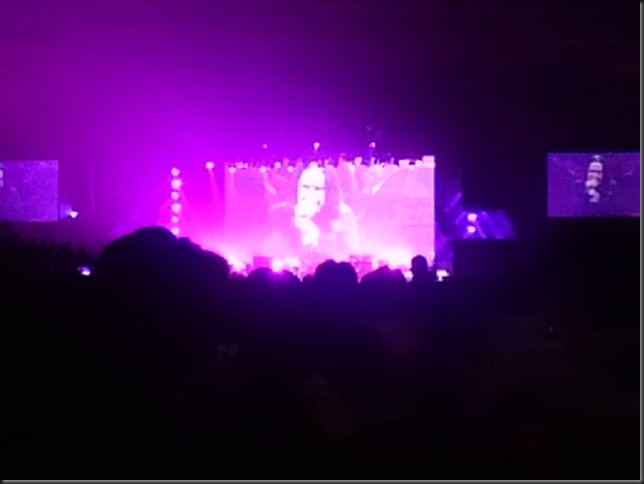 The prince of darkness himself…putting on a great show!!

Hate Breed and A Day To Remember were also some great bands that I enjoyed very much, so I was glad I could come, and hope I can again next year!!

What do you think? Cancel reply

This site uses Akismet to reduce spam. Learn how your comment data is processed.

Translate into your language! (accuracy not guaranteed)